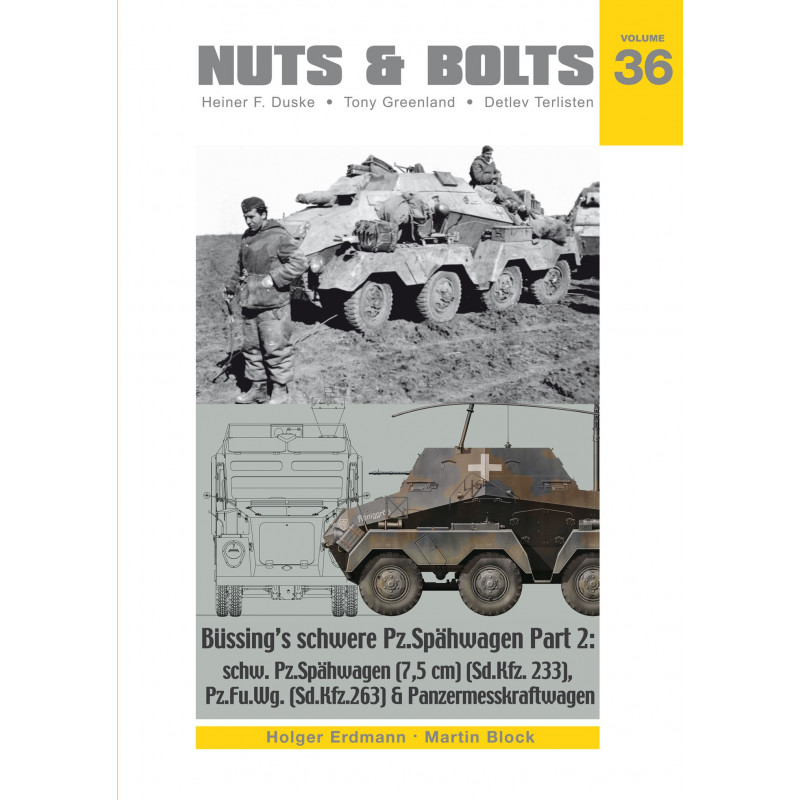 As previously announced in November of 2015 we now publish Part 2 of Büssing’s schweren Panzerspähwagen at the end of this May, with focus on schwere Panzerspähwagen (7,5 cm) (SdKfz.233), schwere Panzerfunkwagen (SdKfz.263) (8-Rad) and Panzermesskraftwagen. The decision, to split this subject into two parts has shown to be correct due to the volume of material that we have now collected. We were very reticent initially as there were no surviving Sd.Kfz.233 and 263 as far as we know; however this second volume exceeds the first by some 8 pages! Using Museum photos of surviving vehicle components and of parts from other vehicle types common to the SdKfz.233 & SdKfz.233 we believe that the museum photo section is comparable in quality and information to previous issues.
L20190110