> Librairie>TANKOGRAD - WORLD WAR ONE - NO. 1002: STURMTRUPPEN: THE KAISER'S ELITE STORMTROOPERS 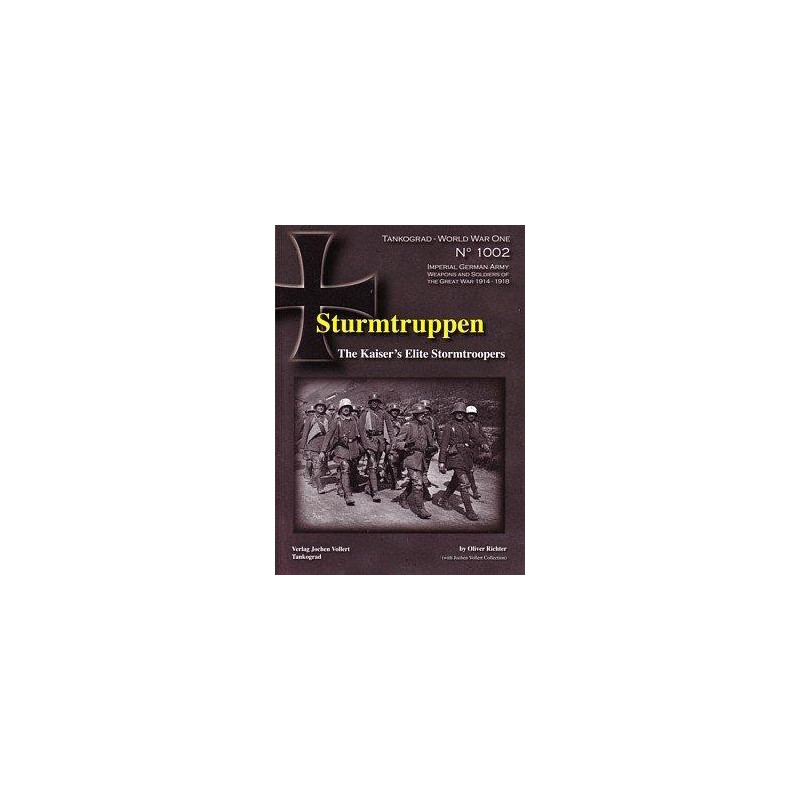 TANKOGRAD - WORLD WAR ONE - NO. 1002: STURMTRUPPEN: THE KAISER'S ELITE STORMTROOPERS

Many of the Stormtroopers saw themselves as the Kaiser's elite. The Sturmbataillone were Lehrtruppe and Kampftruppe, both teachers and battle troops, for the hardest assignments. The Stormtrooper was regarded as "the perfect form of the frontline fighter," described as follows: "He did not march with shouldered rifle, but with unslung carbine. His knees and elbows are protected by leather patches. He no longer wears a cartridge belt, but sticks his cartridges in his pocket. Crossed over his shoulder are two sacks for his hand grenades...Thus he moves from shell hole to shell hole through searing fire, shot and attack...hugging the ground like an animal, never daunted, never surprised...always shifting, cunning, always full of confidence in himself and his ability to handle any situation..." This publication aims at providing enthusiasts and experts with a unique look into the subject of Imperial German Assault Forces in World War One based on recent research in German archives. Illustrated with many hitherto unpublished photographs it describes the training, combat, uniforms, weapons and equipment of the soldiers, regarded as the ancestors of modern Special Forces. It also puts the German Sturmtruppen into context with the war on the Western Front and the stalemate in the trenches by providing extensive background information on general tactics and supporting units and equipment. Quantity Photos and Illustrations: illustrated with 165 black&white photographs and 48 colour photographs Number of Pages: