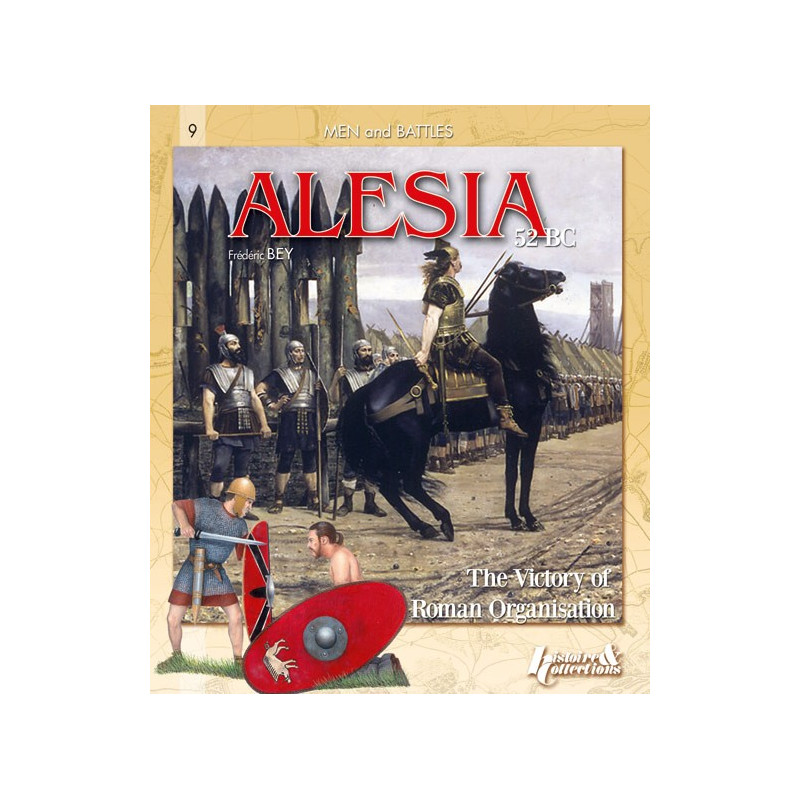 ALESIA, 52 BC: THE VICTORY OF ROMAN ORGANIZATION

Book Description The Romans had been at odds with the "Gauls" for a very long time. Somewhere between 390 and 386 BC, a Senoni warchief called Brennus managed to capture Rome and ransom the city with his famous Vae Victis. The Urbs was then a city whose authority was only relative. Nonetheless, the sack of Latium's capital, highlighted by Livy in his History of Rome, helped to forge a centuries-old loathing between the Romans, ashamed of being forced to capitulate to Brennus, and the Gauls, insolently proud of their triumph. The next step was part of the competition between the "Great Powers" of the period. Independent Gaul was implicated in the global expansionist process of Roman might, which took place throughout the whole of the Mediterranean basin. Finally more pragmatically, Gaul merely became a political pawn in the hands of the triumvirs Pompey, Crassus and Caesar after they took over control of the Republic at the end of its decline, from the 60s BC onwards. It was therefore as a victim of what was at stake quite outside its control that Gaul so dramatically became part of Julius Caesar's political strategy. Alésia was the final manifestation of this deep mistrust between the two peoples. Frédéric Bey is a specialist of Imperial Rome and the French First Empire. He is the designer of many wargames published in the magazine VaeVictis, and has written books on famous battles such as Austerlitz and Wagram. REVIEWS "Chronicles everything from the prelude to the siege to how the outnumbered Romans managed to prevail and the battle's aftermath. Maps, engravings, photos of the terrain and reconstructions, and wonderful color illustrations should make this book attractive to history buffs as well as hobbyists seeking ideas for modeling figures, building dioramas or wargaming." Toy Soldier and Model Figure Magazine
L20160171