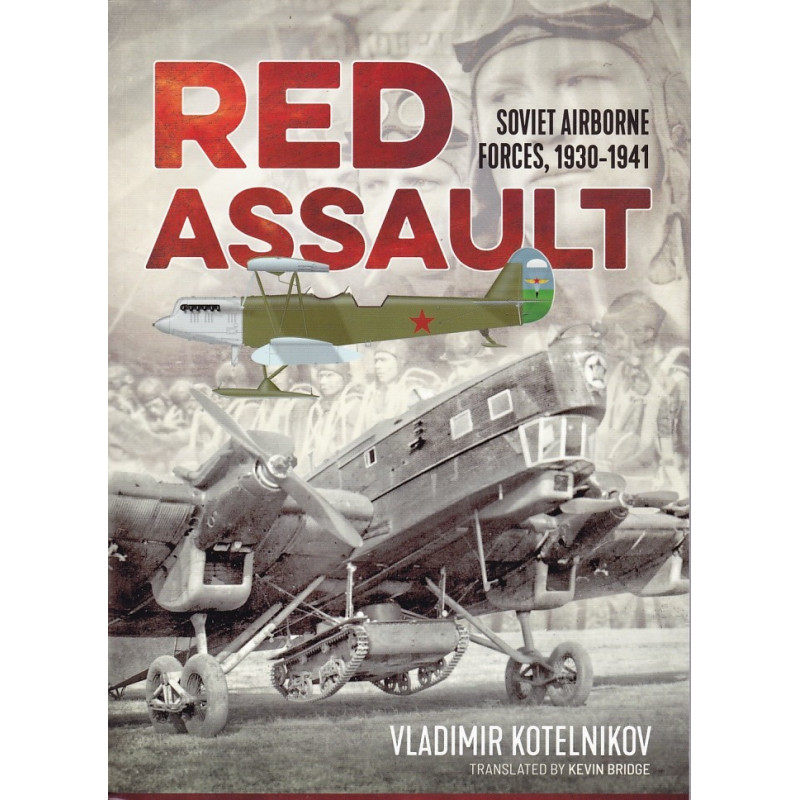 Red Assault investigates the Red Army Command in the 1930s using the memoirs of pioneer military paratroopers and documents discovered in archives and museum collections.

In the 1930s Red Army Command maintained what was often an offensive doctrine. The plan was to fight a bloodless victory on foreign ground. An offensive by the Worker's and Peasant's Red Army was to unfold as per the classic Blitzkrieg - it was with good reason that some of the higher ranking commanders had studied at the German General Headquarters Academy. Furthermore all the technical achievements of the period were taken into account. The assault would begin with air strikes from strategic aviation: armadas of huge bombers would attack key targets deep inside enemy territory. At the same time enormous numbers of airborne troops would be dropped behind enemy lines, armed with a range of equipment. These airborne troops would capture bridges, and roads, and take communications, and transport links out of action. Heralded by a powerful artillery attack, supported by tactical aviation the tanks, armoured vehicles, and trucks carrying motorised infantry would advance.

There was a basis for such optimistic forecasts. Since the Soviets were in possession of such a quantitative, and qualitative advantage (and this was certainly the case) they were definitely able to advance. In the USSR aviation was undergoing development ahead of schedule, as were armoured tank technology, airborne assault troops, and chemical weapons. If the Soviets had tanks, aircraft, and chemical weapons, albeit in small quantities, any potential enemies would possess them too. The airborne assault troops however were a distinctly Soviet innovation. In this respect it was the Soviets that held an unquestionable advantage. It was here that the first groups of airborne paratroopers were dropped, and the first tanks and guns were dropped from the skies. The Red Army was conducting mass airborne assault operations during the course of exercises when no other nation on Earth had airborne assault troops.

In other field's Soviet military science and technology in many cases copied existing Western achievements. Licenses were obtained, or examples of foreign materiel were simply copied. As far as the airborne troops were concerned the Soviet military, and the designers were in unchartered territory, having come up with a number of innovative solutions, which were later adopted by the armed forces of other nations.

In this book the armament, equipment, and military hardware developed for airborne troops is described, both in terms of the actual technology, and the clearly fantastical, which only reflected the unrestrained imagination of the designers. A significant amount of attention is devoted to the aircraft, from which it was planned airborne troops would be dropped. The exercises that saw airborne troop drops are described, as well as the role airborne troops played in actual operations in the period up to 1941.

This book has been written on the basis of a number of documents that the author has discovered in the archives, and in museum collections. This work draws upon the memoirs of the pioneer military paratroopers in the USSR, some of which have never been published before.