> English Books>Semper Fi In The Sky 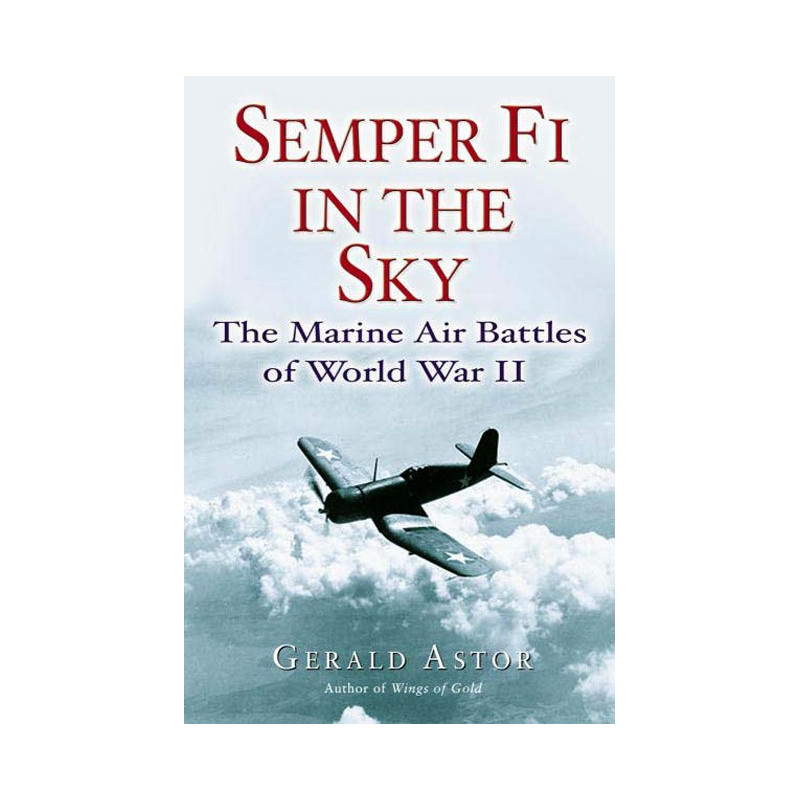 Semper Fi In The Sky

‘Captures the drama of aerial combat in the Pacific as never before . . . A riveting account, by a master craftsman, of the exploits of the heroic Marine Corps airmen of World War II.’ –Carlo D’Este, author of Eisenhower: A Soldier’s Life ‘No one does oral history better than Gerald Astor,’ –Stephen Ambrose, author of Band of Brothers •Superior history of Marine aviators during WWII •Told largely in their own words •Includes the daring exploits of the famous ‘Black Sheep’ Squadron During World War II, the legions of Marine aviators grew rapidly, with assignment to assist the fleet landing forces. Semper Fi in the Air tells the story of these Marine aviators, largely in their own words, through use of oral histories and personal interviews by the author. Captain Henry‘Baron’ Elrod, while gallantly fighting the Japanese at Wake Island, was shot down. He joined the ground defenses and earned a posthumous Medal of Honor for his bravery in the futile, last ditch attempt to stave off the invaders. In the first stages of the Battle of Midway in June 1942, again in inferior planes, Marine pilots sought to repel attackers from the Japanese aircraft carriers. It was here that Marion Carl, a future ace, experienced combat for the first time. But it was at Guadalcanal that the Marine airmen really excelled. Outnumbered in the air, the Marines were shelled at night by Japanese warships. Surrounded by enemy snipers, beset by mud, ravaged by malaria and poor nutrition, they nevertheless battled the Japanese aircraft and struck at the Japanese ships. Here, Joe Foss who led the Corps, and Bob Galer, who was shot down three times; Marion Carl, John Smith, and Indian Joe Bauer, who scored an incredible total of fourteen kills in only four engagements, entered the pantheon of Marine heroes. From Guadalcanal, the Marine flyers would move island by island towards Japan, demolishing the enemy strongholds, furnishing tactical support to ground troops, even becoming a trusted weapon for the Army's Douglas MacArthur in the Philippines, before finally reaching Okinawa where they would battle the Kamikazes. Gerald Astor is the critically acclaimed military historian and author of Wings of Gold, Terrible Terry Allen, The Mighty Eighth, A Blood-Dimmed Tide, The Right to Fight, The Greatest War, and The Bloody Forest, among other titles. He lives near New York City.