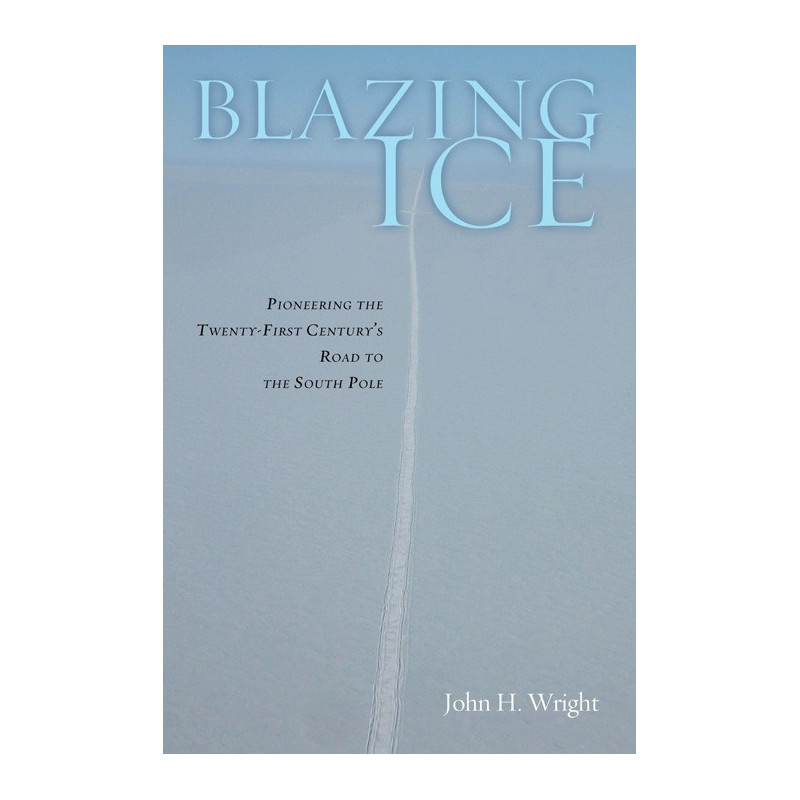 Pioneering the Twenty-first Century’s Road to the South Pole

The Antarctic is the last, vast terrestrial frontier on Earth. Less than a century ago, no one had ever seen the South Pole. Today, odd machines and adventure skiers from many nations converge there every summer. They arrive from many starting points on the Antarctic coast and go back some other way. But not until very recently had anyone completed a round trip from McMurdo Station, the U.S. support hub on the continental coast. The last man to try that perished in 1912; a surface route remained elusive until John H. Wright and his crew finished the job in 2006. Blazing Ice is the story of the team of Americans who forged a thousand-mile transcontinental“haul route” across Antarctica. For decades, airplanes from McMurdo Station supplied the South Pole. A safe and repeatable surface haul route would have been cheaper and more environmentally benign than airlift, but the technology was not available until 2000. As Wright reveals in this gripping narrative, the hazards of Antarctic terrain and weather were as daunting for twenty-first century pioneers as they were for Norway’s Roald Amundsen or for England’s Robert Falcon Scott when they raced to be first to the South Pole in 1911–1912. Wright and his team faced deadly hidden crevasses, vast snow swamps, the Transantarctic Mountains, badlands of weird wind-sculpted ice, and the high Polar Plateau. Blazing Ice will appeal to Antarctic lovers, adventure readers of all stripes, conservationists, and scientists grappling with the conjunction of institutional culture and their fieldwork.