> English Books>Envoy To The Terror 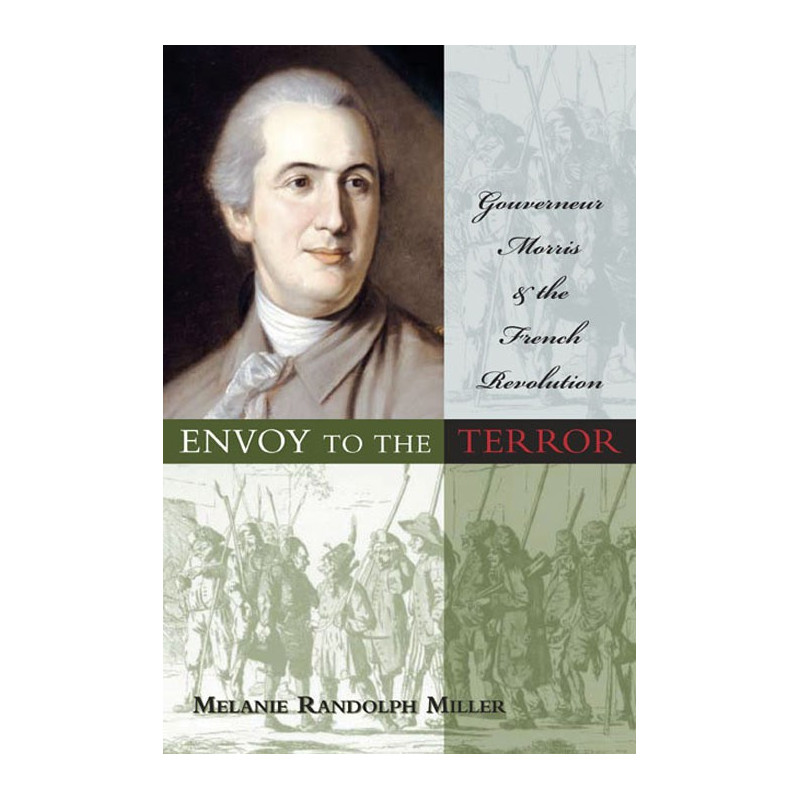 Envoy To The Terror

Gouverneur Morris and the French Revolution

The story of Gouverneur Morris, the brilliant and unconventional Founding Father from New York, is a forgotten jewel in the crown of early American national history. Although he was an important contributor to our Constitution, Morris has generally received little respect or attention from historians. The reason for this long indifference lies primarily in the most powerful but misunderstood episode of Morris’s life: his experience as American minister to France during the height of the French Revolution. Envoy to the Terror is the first in-depth study of Morris’s time in France (1789-94), and it convincingly discredits many longstanding myths about his performance as a diplomat. Morris arrived in Paris on business in 1789, just before the Revolution began. He quickly became involved in French politics and soon was advising not only the reformers, led by the Marquis de Lafayette, but King Louis XVI himself. His empathy for France deepened when he fell passionately in love with a beautiful aristocrat, and by the time of his appointment as U.S. minister he was too deeply enmeshed in French affairs to extricate himself. During the turbulent summer of 1792, Morris was involved in plots to help the king escape. When Louis was dethroned, Morris was the only diplomat to remain in Paris, and he coped single-handed with a flood of pleas for help from people in danger from the Terror. Melanie Randolph Miller’s research reveals that, contrary to the charges of Morris’s contemporaries, which have been adopted by many historians, Morris conducted himself throughout one of history’s greatest cataclysms with superb diplomatic skill, compassion, and a determination to preserve French-American amity. While conventional wisdom has been that Morris was recalled due to misconduct and inability, this book establishes that it was instead the result of unfounded denunciations by secret adversaries, including Thomas Paine and John Adams’s son-in-law, who viewed Morris as an obstacle to their ambitions and schemes in France. Envoy to the Terror brings to life the fascinating and dangerous intrigues of the French Revolution and provides a profound reinterpretation of Morris’s role in one of the most important periods of America’s early diplomatic history.