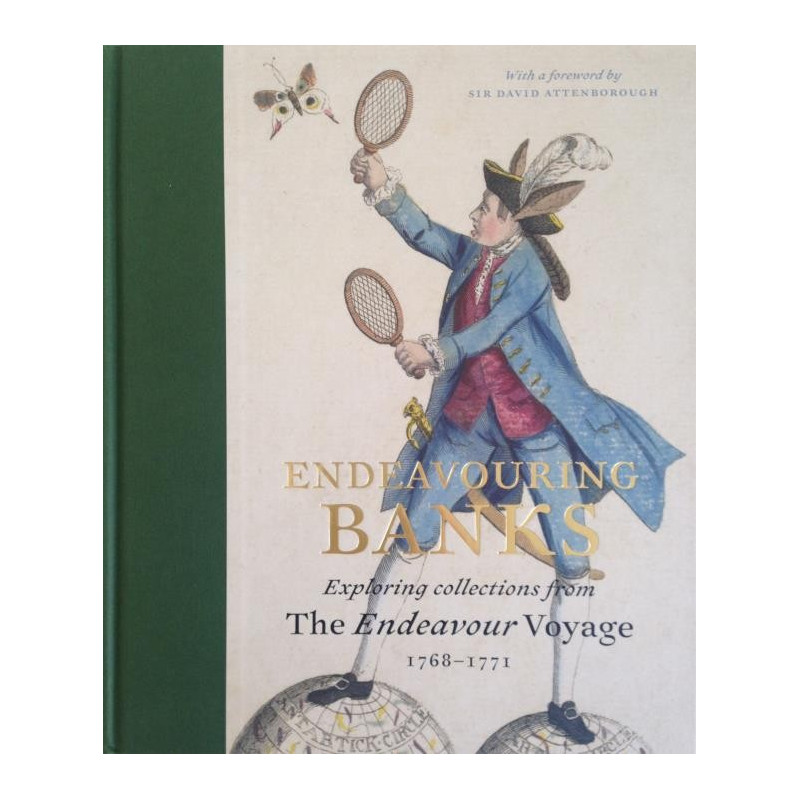 Exploring the Collections from the Endeavour Voyage 1768–1771

When English naturalist Joseph Banks (1743–1820) accompanied Captain James Cook (1728–1779) on his historic mission into the Pacific, the Endeavour voyage of 1768–71, he took with him a team of collectors and illustrators. Banks and his team returned from the voyage with unprecedented collections of artefacts and specimens of stunning birds, fish and other animals as well as thousands of plants, most seen for the first time in Europe. They produced, too, remarkable landscape and figure drawings of the peoples encountered on the voyage along with detailed journals and descriptions of the places visited, which, with the first detailed maps of these lands (Tahiti, New Zealand and the East Coast of Australia), were afterwards used to create lavishly illustrated accounts of the mission. These caused a storm of interest in Europe where plays, poems and satirical caricatures were also produced to celebrate and examine the voyage, its personnel and many ‘new’ discoveries. Along with contemporary portraits of key personalities aboard the ship, scale models and plans of the ship itself, scientific instruments taken on the voyage, commemorative medals and sketches, the objects (over 140) featured in this new book will tell the story of the Endeavour voyage and its impact ahead of the 250th anniversary in 2018 of the launch of this seminal mission. Artwork made both during and after the voyage will be seen alongside actual specimens. And by comparing the voyage originals with the often stylized engravings later produced in London for the official account, the book will investigate how knowledge gained on the mission was gathered, revised and later received in Europe. Items separated in some cases for more than two centuries will be brought together to reveal their fascinating history not only during but since that mission. Original voyage specimens will feature together with illustrations and descriptions of them, showing a rich diversity of newly discovered species and how Banks organized this material, planning but ultimately failing to publish it. In fact, many of the objects in the book have never been published before. The book will focus on the contribution of Banks’s often neglected artists Sydney Parkinson, Herman Diedrich Spöring, Alexander Buchan as well as the priest and Pacific voyager Tupaia, who joined Endeavour in the Society Islands, none of whom survived the mission. These men illustrated island scenes of bays, dwellings, canoes as well as the dress, faces and possessions of Pacific peoples. Burial ceremonies, important religious sites and historic encounters were all depicted. Of particular interest, and only recently recognised as by him, are the original artworks of Tupaia, who produced as part of this mission the first charts and illustrations on paper by any Polynesian. The surviving Endeavour voyage illustrations are the most important body of images produced since Europeans entered this region, matching the truly historic value of the plant specimens and artefacts that will be seen alongside them.