> English Books>Fight for a Throne 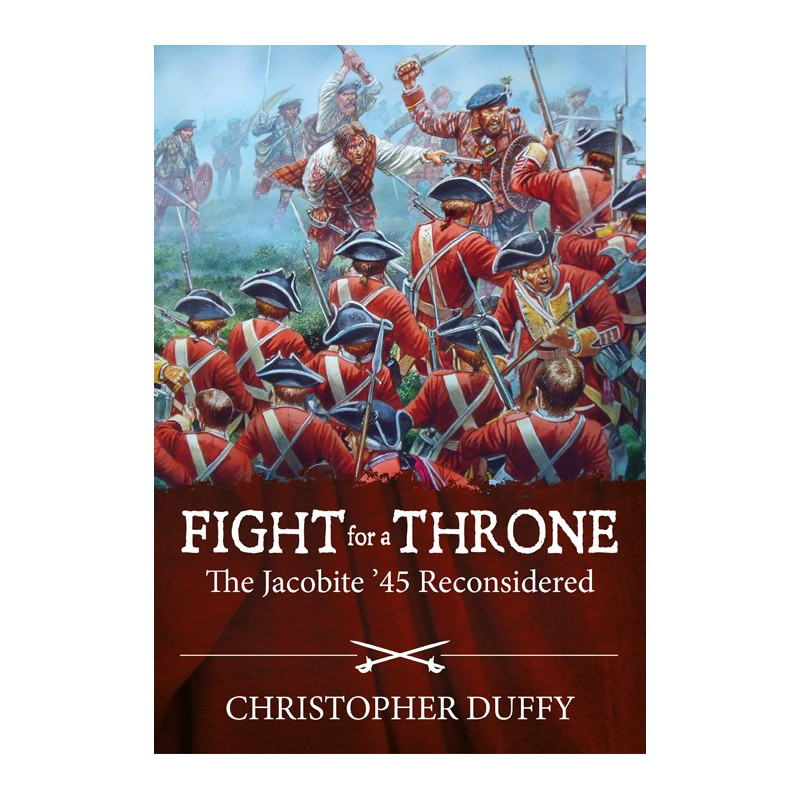 Fight for a Throne

The bid of Bonnie Prince Charlie and his Jacobites for the throne of Britain has never lost its grip on the popular imagination. In July 1745 he and a tiny group of companions arrived in Scotland. They came unannounced and unsupported, and yet within less than five months Charles was able to lead an army to within marching distance of London and make King George II fear for this throne. Afterwards the Highland Army continued to out-fight the redcoats in every encounter, except its very last. These were not the achievements of a backward-looking cause, and this ground-breaking study is the first to explain exactly why. Almost to the very end the Jacobites had the literal and metaphorical‘edge’ over their enemies, thanks to the terror-inspiring highland charge, and also, as this book as this book is the first to reveal, to the highly-advanced organisation of their forces in ‘divisions’ – miniature armies that allowed them to out-manoeuvre their enemies on the strategic plane. At the same time Prince Charles made a credible bid for the political and ideological high ground, an appeal based on religious toleration, and a monarchy working in cooperation with an empowered and accountable Parliament. The Prince therefore not only drew on traditional loyalties, but attracted the support of heavyweights of the new ‘Enlightenment’. It all made a telling contrast to the demeaning nature of the Hanoverian government in Britain, which was mired deep in corruption. The Hanoverian politicians in London and Scotland, who had honed their skills in petty advantage, were now all of a sudden called upon to act as strategists, and they failed completely. The prime minister lost the Carlisle to the Jacobites simply because he refused to pay the cost of a courier. These revelations, which show the Jacobite enterprise of 1745 as a potent and modernising force, turn the accepted interpretation of this episode on its head. As an impartial historian Christopher Duffy deals comprehensively with the reasons for ultimate triumph of the Hanoverian cause in 1746. Due credit is given to the Duke of Cumberland. He was an inspirational leader. He had the measure of the strength and weaknesses of the British Army, and he evolved the cautious and systematic kind of war that helped to bring him victory at Culloden on 16 April 1746. Conversely the Jacobites had been dogged even from the start of the Rising by their failure to reconcile two perspectives– that of Prince Charles, who was striving to reclaim the crown for the Stuarts in London, and the narrower visions of the more overtly Scottish party. It led to the contentious turn-around of the Jacobites at Derby, and finally and fatally to the dispersal and exhaustion of the Highland Army before Culloden. These assertions rest on the recent advances by other historians in‘Jacobite studies’, and the author’s continuing researches in to unexploited primary sources. His documentary finds extend to the autobiography of Lieutenant-General Hawley, Lord George Murray’s explanations of key episodes of the Rising (and his detailed accompanying map of Culloden), the material collected by the restored Whig administration in Edinburgh towards an ‘official’ history of the Rising, the Reverend John Home’s detailed questioning of survivors, and much more. Lastly Duffy returns to his starting point, the enduring appeal of the ’45 to our instincts. He concludes that it comes from the elusive nature of the episode, recognised by tough-minded men of the time as something ‘epick’ and ‘miraculous’ – literally beyond rational explanation, and capable ever since of being re-fashioned according to our imaginings.